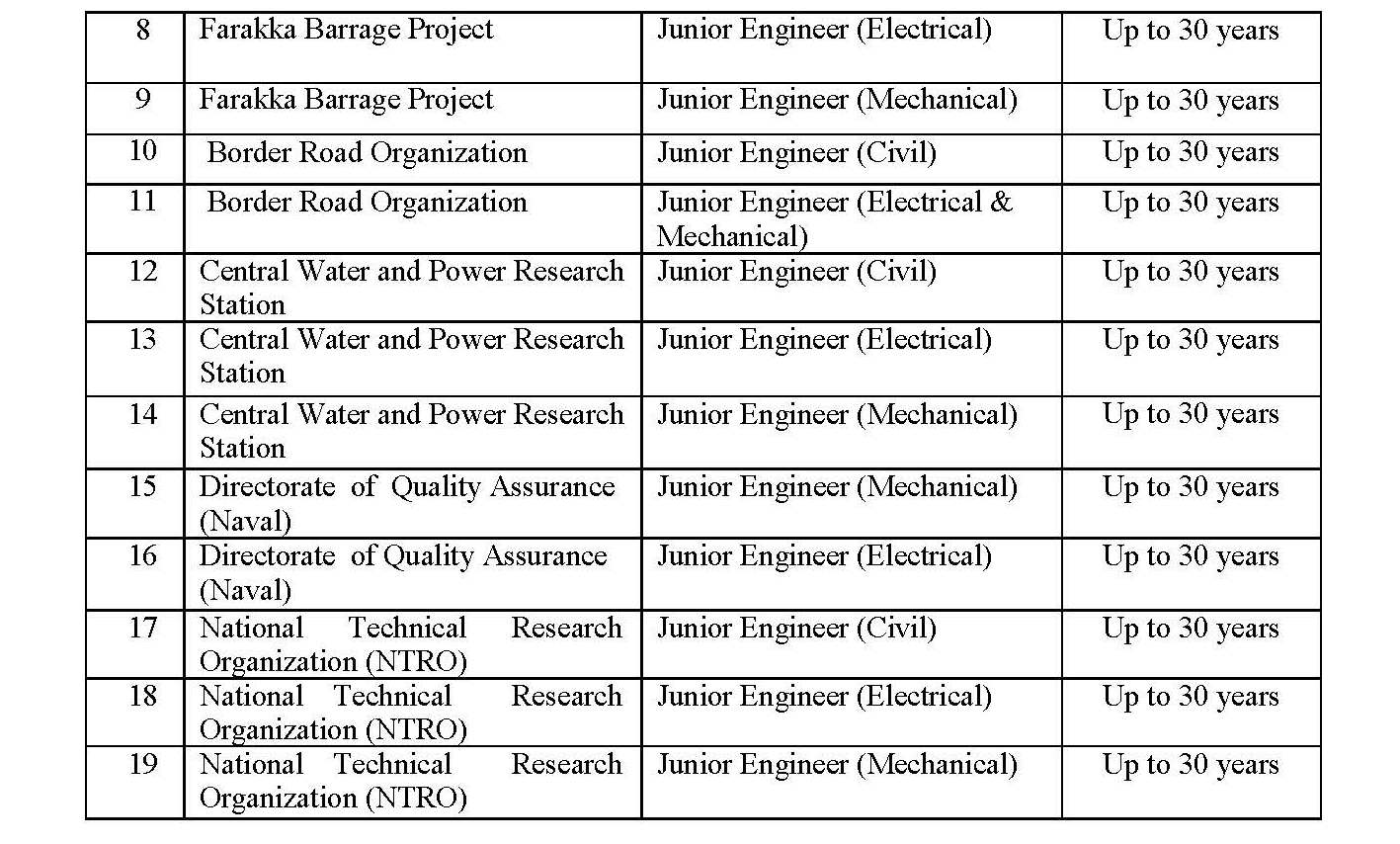 NOTE-I: Ex-Servicemen who have already secured employment in civil side under Central Government on regular basis after availing of the benefits of reservation given to ex-servicemen for their reemployment are NOT eligible for fee concession

NOTE-II: The post of Junior Engineer being a Group ‘B’ post, there is no reservation for Ex-Servicemen category. However, benefit of age-relaxation will be admissible to Ex-Servicemen candidates, as per extant Govt. Orders.

NOTE-IV: For more rules on ex-servicemen see the exam notification.

NOTE- V: AGE CONCESSION IS NOT ADMISSIBLE TO SONS, DAUGHTERS AND DEPENDENTS OF EX-SERVICEMEN.

NOTE-VI: Central Government civilian employees claiming age relaxation should be in continuous service which should be for not less than three years during the period immediately preceding the closing date for receipt of application. They should remain Central Government civilian employees till the time of appointment in the event of their selection.