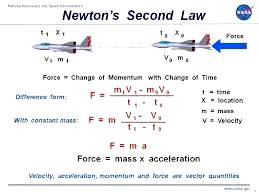 We define Force as:
1) Force is a push or pull.
2) Force is the capacity to do work or cause physical change.
3) Force= Mass times acceleration (F = ma)
4) A force is that which changes or tends to change the state of rest or motion of a body.

let’s see some Examples here
For simplicity sake, all forces (interactions) between objects can be placed into two broad categories: contact forces, and forces resulting from action-at-a-distance.

Force is measured using either the English System of Measurements or the International System of Units (SI).

One Newton (N) of force is defined as the amount of force needed to accelerate 1 kilogram (kg) of mass at a rate of 1 meter per second squared (m/s^2).

Description of a Force

Now we must learn What the difference between vector and scalar quantities is?
A vector has both strength and direction, a scalar quantity can be described using only 1 quantity, magnitude.

Examples of scalar quantities are time, energy and volume since they only represent magnitude and no direction.

What is the Difference between Mass and Weight?

Shown below are two types of scales commonly used in the classroom –a spring scale (left) and a simple balance beam scale on the right.

On earth the spring scale reads 100g with an unknown mass attached at the bottom. To balance the scale on the right a 100g mass was also needed.

If we were to take both scales to the moon, what would the the spring scale read? How much mass would be needed to balance the 100g mass on the balance beam?

What does applying a Force do?

For falling objects we can write F=mg where g is the acceleration due to gravity. The force of gravity is what causes free falling objects to accelerate. These objects all accelerate at the same rate of 9.8 meters/sec^2.

Friction is the force that opposes the relative motion or tendency to such motion of two bodies in contact. If we try to push a block of wood across a table, there are two opposing forces that act: the force associated with the push, and a force that is associated with the friction which acts in the opposite direction. As frictional forces are decreased (for example, by placing oil on the table) the object moves further and further before stopping. This demonstrates Galileo’s law of inertia too.